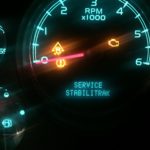 How to Fix Chevy "Service StabiliTrak" & "Service Traction Control" Early to mid 2000's Chevy trucks and suburbans have a common problem with the stabilitrak and traction control service lights appearing on the dash. For most truck owners, the warning lights occur frequently when the truck is idling and then disappears and reappears while driving. The "Service Stabilitrak" … END_OF_DOCUMENT_TOKEN_TO_BE_REPLACED 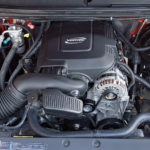 5.3L V8 Vortec 5300 The Vortec 5300 is a small-block V8 GM engine that was produced from 1999 until 2013. While the 5.3L Vortec is based off of the LS engine platform, it itself is not technically an LS engine. The engine went through two different variations during its lifespan, Gen III and Gen IV. Across both generations the Vortec 5.3 had 10 different engine variations used … END_OF_DOCUMENT_TOKEN_TO_BE_REPLACED 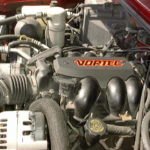 The Chevy vortec engine line spans from small block V6's to big block V8's and also includes some inline 4, 5, and 6 engines used in less popular GMC brands. The term "vortec" is simply a marketing name used by Chevrolet to communicate its use of "vortex technology". Chevy's vortex technology creates an air vortex inside the engine, which results in better air-to-fuel … END_OF_DOCUMENT_TOKEN_TO_BE_REPLACED 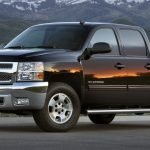 Common Problems & Reliability Issues for 2007-2013 Chevy Silverado's & GMC Sierra's The 2nd generation, dubbed the GMT900, Silverado's and GMC Sierra's were produced from 2007 to 2013 in regular, extended, and crew cab. Unlike many trucks today, all trucks in the GMT900 platform had small-block Vortec V8 engines, ranging from 4.8L to 6.2L. The GMC Sierra is an … END_OF_DOCUMENT_TOKEN_TO_BE_REPLACED