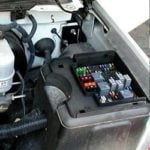 The fuses are the heart of your Chevy's electrical system. Nearly every system in a car that requires battery or electric power (windows, door locks, lighting, stereo, etc. etc.) is wired and powered through a fuse. The battery sends power to the fuse which then transfers it to the specific system on the car. The purpose of a fuse is to prevent the battery from directly … END_OF_DOCUMENT_TOKEN_TO_BE_REPLACED

The Chevy vortec engine line spans from small block V6's to big block V8's and also includes some inline 4, 5, and 6 engines used in less popular GMC brands. The term "vortec" is simply a marketing name used by Chevrolet to communicate its use of "vortex technology". Chevy's vortex technology creates an air vortex inside the engine, which results in better air-to-fuel … END_OF_DOCUMENT_TOKEN_TO_BE_REPLACED 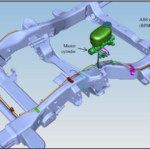 The brake lines in 1999-2007 GMT800 Silverado's, Sierra's, and Suburbans are very prone to rusting out and needing replacement. For individuals who live in "salt" states, where cities commonly salt the roads to prevent ice, the brake line rusting is even more common. In 2010, a class-action lawsuit was filed as rusted brake lines were leading to brake failure and causing … END_OF_DOCUMENT_TOKEN_TO_BE_REPLACED