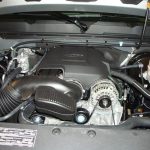 For a brief period in between the Gen IV 6.0L Vortec and the Gen V 6.2L EcoTec3, GM produced a 6.2L Gen IV Vortec engine. It was predominantly used in the Escalade, Yukon, and Denali vehicles but was also offered as an upgrade over the 5.3L Vortec in the Sierra and Silverado 1500 trucks from 2009-2013. In addition to its use in the luxury full-size vehicles a variant of it was … END_OF_DOCUMENT_TOKEN_TO_BE_REPLACED

Are you looking for information on the GM 6.6L L8T Gas Engine? This article will discuss GM and Chevy's new 6.6L gas engine, covering engine details and features, specs, performance potential, and problems and reliability. What is the GM 6.6L L8T Gas Engine? GM's 6.6L V8 engine is the gas-engine option for 2500HD and 3500HD Silverado's and Sierra's. It is a larger and more … END_OF_DOCUMENT_TOKEN_TO_BE_REPLACED 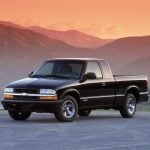 Chevy first debuted the compact S10 truck in 1982 as the successor to their outgoing LUV truck. Among Chevy fans, the S10 was one of the top trucks of the 1980s-’90s, and it was known for its versatility, style, and reliability. General Motors also sold rebadged versions of the S10 under their GMC, Isuzu, and Oldsmobile brands. The Chevy S10 truck lasted for over two decades … END_OF_DOCUMENT_TOKEN_TO_BE_REPLACED 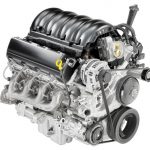 With the same displacement but different fuel types, the 6.6L gas L8T and the 6.6L Duramax diesel L5P engines certainly make a name for themselves when it comes to pulling their weight (and then some). Choosing between them, however, can be a much harder task. If you’re not sure which 6.6L V8 motor to choose for your work horse, you’ve come to the right place. In this … END_OF_DOCUMENT_TOKEN_TO_BE_REPLACED 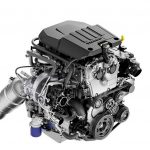 The 2.7L L3B turbo engine debuted in 2019 as the base engine in Chevrolet Silverado 1500 and GMC Sierra. Although the engine was specifically designed as a truck engine, it has been used in other GM vehicles. It replaced the 4.3L V6 LV3 engine and was recently updated for the 2022 model year refresh to improve its overall performance. The engine is an inline-four-cylinder … END_OF_DOCUMENT_TOKEN_TO_BE_REPLACED