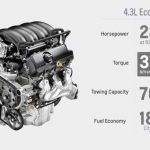 The 4.3L V6 EcoTec3 LV3 engine is one of the three EcoTec3 family engines announced in 2012. EcoTec3 engines are General Motor's 5th gen small block engines that replaced the 4th gen Vortec engines and were designed for pickup trucks. The 4.3L V6 EcoTec3 LV3 engine was introduced as the base option in the 2014 Chevrolet Silverado 1500 and GMC Sierra 1500. The engine is a … END_OF_DOCUMENT_TOKEN_TO_BE_REPLACED 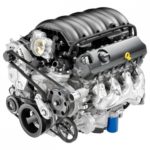 Chevy EcoTec3 6.2L Engine Problems While the Gen IV Vortec engine line is still in production today, Chevy launched the new EcoTec3 engine line as the successor or Gen V to the Vortec in 2014. The 6.2L EcoTec3 is the small-block V8 that powers the majority of Chevy's performance vehicles, such as the Corvette C7's and Camaro SS vehicles. Aside from being the power plant of … END_OF_DOCUMENT_TOKEN_TO_BE_REPLACED 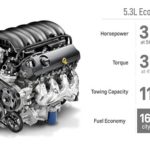 Chevy EcoTec3 5.3L Engine Problems After a strong 30+ year run for the Chevy Vortec engine family, the Vortec was replaced with the new EcoTec3 engine line. Plagued by oil consumption issues and active fuel management problems, the Vortec engines were retired in 2013. Introduced in 2014 the EcoTec3 engine family featured 4.3L, 5.3L, and 6.2L engine variations throughout the … END_OF_DOCUMENT_TOKEN_TO_BE_REPLACED