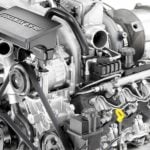 The Duramax L5P was introduced in 2017 as a replacement for the LML. Featured in the Silverado and Sierra HD work trucks (2500HD/3500HD), the L5P uses the same 6.6L turbo-diesel powerplant that has been in use since the LB7 since 2001. While the engine uses the same 6.6L design, many major engine components were completely refreshed in order to create comparable power levels … END_OF_DOCUMENT_TOKEN_TO_BE_REPLACED 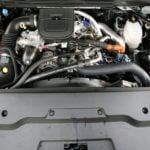 Following the short lived LLY engine, the Duramax LML was introduced in 2011. Featured in the same 2500 and 3500 HD work trucks, the LML sported the same 6.6L turbo-diesel design that Chevy diesel trucks have been using since 2001. However, the LML was actually the biggest overhaul Duramax had done to the 6.6, claiming to use nearly 60% of freshly designed parts not used in … END_OF_DOCUMENT_TOKEN_TO_BE_REPLACED 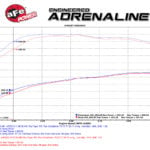 Duramax LBZ Guide to Performance & Cold Air Intakes If you had the 8.1 Vortec engine in your truck instead of a Duramax, I'd probably be telling you an intake is a waste of money. However, for turbo-diesel engines it's one of the first mods we recommend for people just getting started. Outside of an upgraded intake being a building block to more power, it is probably one … END_OF_DOCUMENT_TOKEN_TO_BE_REPLACED 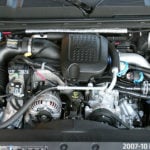 Following the LBZ being phased out in mid-2007, the LMM Duramax took its place as Chevy & GMC's diesel truck engine. Following the same 6.6L powerplant, the LMM was introduced due to continuously increasing diesel emissions regulations and lasted until 2010 when it was phased out for the LML. Compared to the LBZ, the LMM added active regeneration cycles to the diesel … END_OF_DOCUMENT_TOKEN_TO_BE_REPLACED