For a brief period in between the Gen IV 6.0L Vortec and the Gen V 6.2L EcoTec3, GM produced a 6.2L Gen IV Vortec engine. It was predominantly used in the Escalade, Yukon, and Denali vehicles but was also offered as an upgrade over the 5.3L Vortec in the Sierra and Silverado 1500 trucks from 2009-2013. In addition to its use in the luxury full-size vehicles a variant of it was also used in the Camaro SS.

The 6.2L Vortec had a relatively short lifespan as it was eventually phased out for the 6.2L EcoTec3 engine. Additionally, it was not the most common of engines as the primary upgrade in the Silverado and Sierra trucks, a well as in HD version of these trucks was the 6.0 Vortec as the 6.2L was never available as a diesel replacement and was only available in the high-end trims of the 1500 series trucks.

This guide is going to cover vehicle applications, engine specs by variation, problems with the 6.2 Vortec, and performance potential. 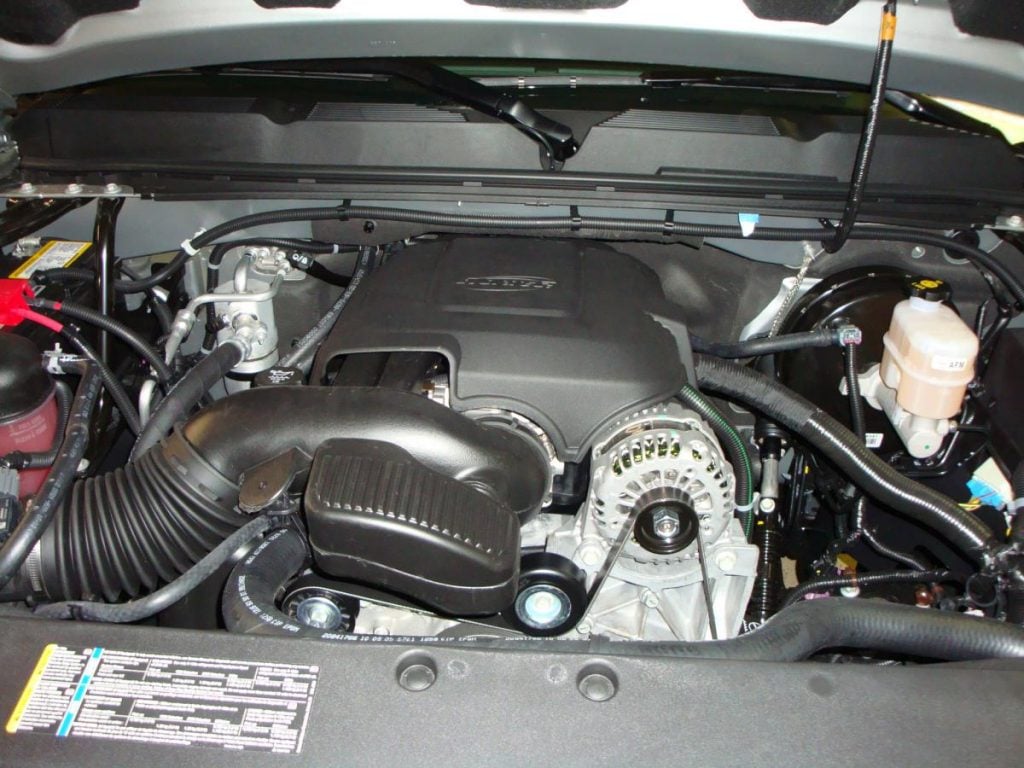 What Vehicles use the 6.2 Vortec?

The Vortec 6200 had a number of different variations throughout its history. Produced from 2007 through 2014 the 6.2 Vortec

There were also two 6.2L LS engines: the LS9 and the LSA which is a version of the LS9 with a smaller supercharger. The LS9 was used exclusively in the Corvette ZR1 from 2009 to 2013 and the LSA was used in the Camaro ZL1 and Cadillac CTS-V. Since both of these engines are technically LS engines and not necessarily the same as the 6.2L Vortec variations we are mostly focused on the other engines in this article.

The L9H engine was an E85-capable version of the L92, both of which were predominantly used in the Cadillac Escalade and high end GMC vehicles like the Denali versions of the Yukon and Sierra.

The L9H then received AFM and was given the new L94 engine code, making the two engines virtually identical with the exception of active fuel management. It was also only used in the high-end GMC vehicles like the Denali.

The L99 engine was essentially a de-tuned version of the LS3 that added variable valve timing and AFM and was used exclusively in the Camaro SS from 2010 until 2015.

While this list isn’t exhaustive, it is about the only things we could find as being somewhat “common”. Outside of the AFM issues these engines are generally very reliable and strong. We’ll cover each of these problems briefly and then provide a high level synopsis on 6.2 Vortec reliability.

Neither the L9H or the L92 have active fuel management (AFM) which is a big bonus. Fortunately, the L9H is the most popular version of the Vortec 6200. However, both the L94 and the L99 variants of the Vortec do have AFM. Active fuel management or displacement on demand is the system that shuts down half the cylinders, turning this V8 engine into a V4 for fuel saving purposes.

All GM vehicles with AFM have been plagued with lifter failure, making it common to disable the AFM system. When the lifters fail it can also cause the pushrods to get bent, turning it into a rather expensive problem to fix. In certain circumstances it can even cause catastrophic engine failure, albeit this is rare. Additionally, AFM is known to cause excess oil consumption too.

Ultimately, AFM is a problematic system on the 6.2 Vortec and can lead to costly repairs for the L94 and L99 variants that have it. Owners with the L9H and L92 engines don’t have to worry about this problem.

Gaskets leaks are common on just about any vehicle. Gaskets seal surfaces together and naturally wear down over time from heat and other external factors. On the 6.2 Vortec the two most commonly failed gaskets are the valve cover gasket and the intake manifold gaskets.

Valve cover gasket failure will result in an oil leak. The oil leak will be noticeable in the engine bay with oil on the side of the block and will also leave oil behind on the floor. You might also notice the smell of burning oil coming through the AC. Fortunately this problem just requires a new gasket, but it can lead to bigger problems if the leak gets bigger and causes low oil levels.

The intake manifold gasket has individual gaskets for each cylinder port. When these fail it will cause an air leak, also known as a vacuum leak. You will notice some performance issues like rough idling, sluggish acceleration, and so on.

Motor mounts secure the motor within the engine bay. Because motors shake and create vibrations the mounts are flexible and allow for some movement of the engine to prevent components from breaking. GM’s 6.2L Vortec engine is big and heavy which puts a lot of stress on the motor mounts and can cause them to fail.

Motor mount failure is a notoriously common problem on these engines due to their size and weight. While it doesn’t have a huge impact on the performance you will notice a lot of vibration or shaking of the engine which can impact handling and eventually lead to bigger problems.

Most of the excess oil consumption is caused by active fuel management, so this is less of an issue for the L92 and L9H variants. However, it can still occur on these engines. A degree of oil consumption is normal and okay – a lot of engines experience this issue as oil is naturally consumed.

However, excessive consumption can mean the piston rings have failed which is typically what happens when AFM takes out a whole engine. For the most part, disabling AFM will prevent this from being a big issue.

The 6.2L V8 Vortec engine is extremely reliable. It should be able to last upwards of 250,000 miles without any major engine problems. With that being said, the L94 and L99 versions with AFM are less reliable and do have a shorter lifespan unless they have had AFM disabled.

Outside of issues with active fuel management, the 6.2 Vortec doesn’t suffer from any serious engine problems. Common problems like gasket failure and motor mount failure are relatively small in nature and won’t have any material impact on engine longevity if properly addressed.

When the 6.2L is properly maintained it has proven to be a strong and long lasting engine. With that being said, the 6.2L V8 was never used in the bigger HD trucks with GM opting to stick with the 6.0 Vortec. Some speculate that is because the 6.2L can’t hold up to the duty cycle required from HD trucks which suggests that this might not be the best engine for long-term work truck use like towing. But – we haven’t seen any issue with these engines even when used heavily for towing so we don’t have any concerns over its use for heavy duty applications.

Being an LS-based engine, the 6.2 Vortec has good performance potential. While the stock numbers are pretty impressive at 400+ horsepower and torque we understand the never-ending desire for more power and performance. The 6.2 Vortec is a slightly less popular engine compared to something like the 6.0, but there is plenty of aftermarket support for all kinds of power levels.

We will cover a few of the basics here and provide some details on more advanced setups but we won’t go into as much detail as things like cam upgrades, turbos, and superchargers warrant their own articles.

Gains from bolt-ons are mostly going to come from tuning. A good tune will supply the majority of the gains but will also amplify the gains from the other components. Just adding an intake and exhaust won’t do much without tuning as well which is why tuning is the best 6.2 Vortec mod.

Outside of tuning headers will provide the second biggest power gains. I put a cat-back exhaust on the list but you really won’t see much more the a few horsepower gains from this part of the exhaust system.

An intake is a good addition with a tune to help bring more air into the engine and allow for better timing adjustments with tuning. And lastly, a colder thermostat doesn’t really provide any gains itself but will help unlock some power via tuning.

Tuning, headers, an intake, and a colder thermostat will put you somewhere around 350whp depending on how aggressive the tune is that you are running.

A stock 6.2 Vortec will dyno around 300-320whp so these numbers aren’t super impressive but that’s about all you get out of the basic bolt-ons.

The L92 is a bit more hamstringed because it doesn’t have E85 fueling capabilities. However the L9H, L94, and L99 do and therefore can handle about 700whp on the stock fueling system which makes it easy to drop in a turbo or supercharger and see some big power gains. You’ll also want to look into upgrading the cam alongside adding forced induction.

While these upgrades aren’t really all “advanced” in nature (such as fueling or an intake manifold) they are things that aren’t quite necessary until you want to push past the limits of a turbo or supercharger setup. We won’t go into details here but running aggressive cams and porting the heads, boring out the cylinders and things like that are all options you’ll want to look into if you want to break the 1,000hp mark.

The pistons are the weakest link of the internals and will need to be upgraded first.