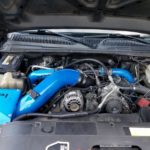 Introduced in 2001, the LB7 is the OG 6.6L Duramax. This engine is the base platform that today's 6.6L L5P Duramax is built off of. Spanning six different variations and nearly 20 years of production, the LB7 has certainly proved to be a reliable and durable platform. 2001 year models were pushing 235hp and 500lb-ft. of torque. By the end of its production in 2004, the LB7 … END_OF_DOCUMENT_TOKEN_TO_BE_REPLACED 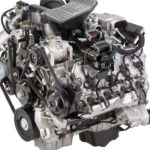 The LBZ Duramax is, still today, the favorite Duramax of diesel enthusiasts. Produced from 2006 to 2007, the shortest production Duramax, the LBZ produced 360hp and 650lb-ft. of torque. To support the power increase over the LLY model, the block was improved, the rods were forged, and the engine was overall built to withstand more power. Because of this, the LBZ is a favorite … END_OF_DOCUMENT_TOKEN_TO_BE_REPLACED