The Duramax LB7 was the first engine released under the new 6.6L Duramax platform. The LB7 was considered a strong and stout engine for the time, producing 235hp and 500lb-ft. of torque which was upgraded to 300hp and 520lb-ft. of torque in 2004. However, the LB7 produces about half the power as the diesels of today do, such as the L5P.

Fortunately, the LB7 is a pre-emissions engine and therefore can be easily modified to produce serious power gains. Whether you are looking to bring your LB7 to life a little bit more or turn it into a high-power beat, these 5 best Duramax LB7 performance upgrades are a great place to start.

This guide will predominantly focus on intro level bolt-on mods. An LB7 is capable of producing 600+whp but getting to these levels requires a lot of money and more complex mods such as fueling upgrades, a built transmission, turbo upgrades, and more. These performance upgrades are all it takes to push beyond the 500whp mark. However, before we dig into the specific mods it’s important to understand LB7 power limits and transmission limits.

Keep in mind that there are a number of LB7 engine problems, such as head gasket and injector failure, that will become more likely to happen when modified. 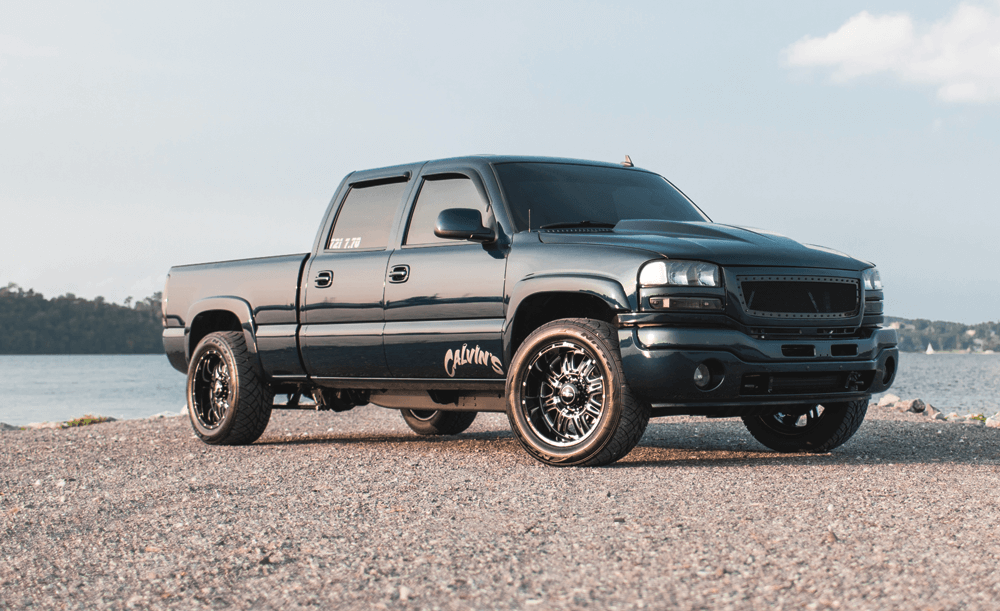 You can get 1,000whp out of an LB7 if you really want to, but it’s not happening on the stock block or internals. The LB7 along with most diesels has a few limiting factors which are fueling, block and internals, and transmission.

The stock 5-speed Alison 1000 automatic transmission can handle approximately 500whp before it starts to deteriorate quickly and become problematic. Pushing past 500whp generally requires a built transmission which will probably run about $5k. The ZF6 manual transmission is significantly stronger and can handle beyond 600whp with a twin-disc clutch upgrade only.

Equipped with a factory lift pump, the LB7 doesn’t run into fueling needs until about 525whp. At this point we recommend upgrading the lift pump. Above the 500-525whp mark is also when we would recommend upgrading your injectors. 30% larger injectors will get you to about 600whp until the stock CP3 needs to be upgraded to either a stroker pump or a dual CP3 system. Getting above these levels will also require an upgraded turbo.

Beyond 600whp is when the internals hit their limit. Connecting rods tend to bend at these power levels. Therefore, for anything above 600whp you’re going to want a built engine.

Overall, the power limit on a stock block and stock internals is about 600whp with an upgraded transmission, turbocharger, injectors, and lift pump in addition to other supporting mods mentioned below. If you don’t want to get into all these expensive items then you are capped around 500whp.

If you are only going to make one LB7 performance upgrade, a tuner is the way to go. Tuners offer the best bang for the buck and can easily add over 100whp. Your two options for LB7 tuning are using an off-the-shelf flash tuner or getting a custom tune.

Custom tuning will offer the most power gains and the most refined engine performance. However, it is more expensive and limited than using a flash tuner. Custom tunes will need to be adapted and adjusted as performance upgrades are added so we generally only recommend doing it once you have all your other mods equipped. Additionally, if you are just looking for a bit of a performance boost and aren’t shooting for >500whp then I would recommend sticking with a handheld flash tuner.

Off-the-shelf tuners offer the most flexibility since that come with pre-built maps designed for power, gas mileage, towing, etc. The tuning device gives you the ability to turn the tunes on and off and change between maps on the fly.

One additional tuning option is TCM tuning, or transmission tuning. Even at just 500whp it is recommended to have the automatic transmission tuned as it will not hold up for very long on those power levels without tuning. Unfortunately, flash tuners aren’t TCM tuning capable so this will need to be done separately.

Our second favorite LB7 performance upgrade is a performance, or cold air, intake. Tuners primarily increase power by increasing the amount of boost or psi produced by the turbocharger. Increasing boost puts more stress on the turbocharger and requires more air since it compresses air to higher pressures. The best way to increase airflow and reduce stress on the turbo is through the addition of an intake.

Intakes are frequently called cold air intakes, although this terminology isn’t necessarily accurate. Since the 6.6 Duramax is turbocharged and has an intercooler, intake temps are not as important as they are on naturally-aspirated engines. All intake systems will keep the stock intake location but simply utilize a larger air filter to increase the amount of volume entering the engine.

You’ll find two different types of intake designs: open and closed. Open intakes have the filter directly exposed to the engine bay. On closed intakes the filter is housed within a box. Open intakes provide the biggest increase in airflow and therefore the most performance benefits. For this reason, we prefer and recommend open intakes. Closed intakes reduce intake air temps, but as mentioned above this doesn’t really matter.

One of the big considerations between the two is noise. Open intakes provide a lot more intake whooshing noises which can make them annoying for long road trips. Closed intakes are quieter. While open systems provide more airflow and performance it really isn’t a huge deal until you are shooting for huge power levels. Closed intakes will provide enough airflow increases over the stock intake to handle all of the mods on this list.

Next on our list is a downpipe-back exhaust system. We cover downpipes as the #5 best LB7 performance upgrades on our list but upgrading the downpipe is also common to do while upgrading the exhaust system. Unlike modern diesels with diesel particulate filters and all those emissions goodies, the LB7 is pretty much emissions free. This is good for performance but might make you think an exhaust upgrade isn’t worth it.

Despite not having a lot of emissions equipment, the stock LB7 exhaust system is still quite restrictive. Upgrading to a 4″ or even 5″ system will drastically reduce exhaust backpressure as well as exhaust gas temps (EGTs).

The reduced EGTs result in improved turbo efficiency and ultimately more horsepower and torque. The only pre-2004 LB7’s that had catalytic converters were trucks sold in California. Therefore, upgrading the exhaust system to one without any cats is legal in all states except for California. Power gains and benefits are even greater if you do have a Cali truck with the cats and decide to remove them.

You have a few options ranging from aluminum to stainless steel and straight pipe or muffler. Go for stainless steel if you live in a rust prone area. If you want a quieter exhaust get one with a muffler, otherwise you can get a fully straight system.

LB7’s are prone to head gasket failure which is predominantly caused by engine temps. One of the best LB7 mods to reduce engine temps is an upgraded intercooler. Unfortunately this is the most expensive performance upgrade on our list but also one of the best for engine reliability.

Intake air gets heated up as it passes through the intake system and turbocharger. The intercooler cools the pressurized air before it enters the combustion chamber. If you are running a tune and an intake, you are bringing significantly more air into the system. This increase in airflow can easily overwhelm the intercooler and cause heat soak.

Intercoolers do provide some power gains but their biggest benefit is also preventing power loss from excess engine temps. Back to back pulls or frequent aggressive driving can overwhelm the stock intercooler and cause it to not effectively cool air before entering the engine. This results in hot air passing into the engine and reducing power and performance in addition to reliability.

An upgraded LB7 intercooler results in more constant performance, lower EGTs, better reliability, and an overall healthier engine. Despite it being on the more expensive end, it’s one of our favorite LB7 performance upgrades.

A downpipe comes in last on our list only because it’s very difficult to install without pulling the trans and requires relocation of the trans dipstick. A downpipe bolts up directly to the turbocharger and the downpipe-back exhaust system. The stock downpipe is highly restrictive.

Unfortunately installing the downpipe isn’t the easiest so we generally wouldn’t recommend this unless you are inching for some extra power after the mods above. Alternatively, if you are shooting for well beyond 500whp then we would recommend upgrading it too.

The LB7 Duramax is capable of handling about 500whp without the need for very expensive upgrades. Our 5 favorite mods are a tune, intake, exhaust, downpipe, and intercooler which can easily get the LB7 to the 500whp mark for only a few thousand dollars.

To surpass the 500whp mark you will need to build out the transmission, upgrade the turbo, add larger injections, and upgrade the lift pump. Getting to the 600whp mark is going to cost somewhere around $15k for automatics, and $10k for manual transmissions. Surpassing these levels will require a built engine and other serious upgrades.

The LB7 has weak injectors and head gaskets. Considering these engines are getting quite old, adding performance mods is going to increase the likelihood of failure if these components haven’t already been replaced. Additionally, modifying any old eninge increases the likelihood of internals failures, water pump failures, cooling system problems, and so on.

Overall, the LB7 is mod-friendly up to the 500whp mark, which can be reached for around $3k. Above these power levels the engine becomes very expensive to modify in addition to decreasing reliability a significant amount.