The 2.7L L3B turbo engine debuted in 2019 as the base engine in Chevrolet Silverado 1500 and GMC Sierra. Although the engine was specifically designed as a truck engine, it has been used in other GM vehicles. It replaced the 4.3L V6 LV3 engine and was recently updated for the 2022 model year refresh to improve its overall performance.

The engine is an inline-four-cylinder configuration that initially provided 310 hp and 348 lb-ft of torque before the engine refresh. With the recent update, the engine torque improved from 348 to 430 lb-ft of torque in the light-duty pickups. The engine is mated to an eight-speed transmission with a maximum towing capacity of 7,200 pounds and 2,280 pounds payload capacity.

Compared to other truck engines, a four-cylinder engine seems small. However, it is equipped with a dual volute turbocharger which gives it extraordinary capabilities — 0 to 60 in 6.8 seconds. The turbo design brings exhaust in from both sides, which helps to eliminate the usual pulsing most turbos have, giving it a swift response time. Besides quick response, the engine has better fuel economy than the 4.3L V6 with an EPA-estimated 19 city, 22 highway and 20 combined.

The engine features the Active Fuel Management system, and even though GM seems to be discarding the system in their other engines, it was still retained in the 2022 engine refresh. The engine has an electro-mechanical variable camshaft used to alter the lift of the intake and exhaust valves and operate three different camshaft profiles. The profiles include high valve lift for full power, low valve lift for a balanced operation, and Active Fuel Management for light load conditions. The 2.7L L3B turbo engine has been used in the following vehicles: 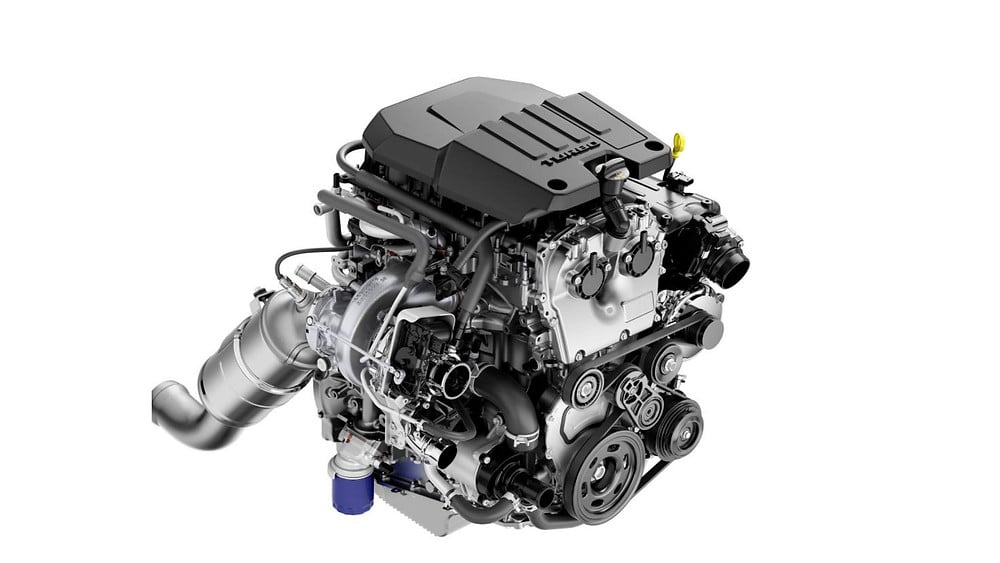 Since the engine was introduced, the complaints about it have been limited. However, this doesn’t mean that the engine is faultless. Discussed below are possible problems you should look out for in the 2.7L L3B engine:

The Active Fuel Management system was initially known as Displacement on Demand and debuted in Cadillac’s 1981 L62 V8-6-4 engine. However, the system was suspended shortly after launch due to reliability issues and later reintroduced in 2005 as the Active Fuel Management system (AFM). The system shuts down some engine cylinders during light driving conditions and reactivates them when more power is needed to help improve fuel efficiency.

Despite the system’s improvements, drivers have continuously complained about it. The system uses special lifters to activate or deactivate some cylinders depending on the engine’s need. However, these lifters don’t last long in real-world driving conditions, making them susceptible to catastrophic failures. Some customers filed a class-action lawsuit against General Motors, alleging that the AFM system lifters malfunctioned and failed, causing significant issues or even total engine failure.

Although the company is yet to send out a lifter recall, it has agreed to cover repairs through extended warranties. There have also been complaints that the replacement parts used by General Motors were equally defective and still failed.

The Active Fuel Management system failure has been minimal with the 2.7L L3B engine, but that doesn’t mean it is impossible. The system failure could cost an arm and leg to fix, but you can take any of these proactive measures to prevent its breakdown.

Check out our full guide on disabling AFM and DFM.

Every car with the direct injection, including the 2.7L L3B engine, suffers from carbon buildup in the intake manifold over time. With direct injection, fuel is sprayed directly into the engine cylinder for a higher level of precision, resulting in greater engine power, reduced emissions, and increased fuel efficiency. However, direct injection engines are not all perfect.

The engine design leaves room for carbon buildup in the intake manifold — unlike port injection, which sprays into the intake manifold, giving a natural cleaning effect, direct injection sprays inside the combustion chamber. Carbon deposits from blowby gases gradually gather in the intake port and valves. Consequently, the airflow into the combustion chamber is affected, reducing engine performance.

The design of direct injection engines impedes cleaning agents used in gasoline from reaching and cleaning the manifold because fuel never contacts the stem side of the valves. Some manufacturers like Toyota and Subaru have started adding manifold injectors to their direct-injection engines, which occasionally spray fuel to wash away carbon deposits in the manifold.

Using oil with low volatility levels would help minimize the buildup of carbon deposits. You can also install an oil catch can in the vacuum line from the PCV valve, thereby limiting the amount of oil reaching the valves. An oil catch can is a canister-looking container that helps trap contaminants and oil returning from the PCV valve but needs to be emptied regularly.

Both measures suggested above are only preventive. If you have deposit buildup in the manifold, you will have to get them removed either by physically cleaning the valves or walnut blasting.

Direct injection engines introduced injectors that sprayed directly into the combustion chamber. The injectors are located at the top of each cylinder and get pressurized fuel from the high-pressure pump to overcome the engine compression pressure. Although the injector location allows for more precise fuel delivery, it also affects the injector longevity.

While the injectors are expected to last the engine’s lifetime, it is not uncommon for them to fail. Using fuel additives has proven to help keep the injectors clean and perform efficiently. If your injectors get clogged, you may want to consider cleaning them before opting to get them replaced. However, if cleaning doesn’t help, you should change them altogether.

Since the high-pressure pump operates under a lot of pressure, they are susceptible to failure after an extended period of use. Ideally, the pump should last well over 100,000 miles or more, depending on your driving habits. Asides from reduced engine performance, you may also notice the following symptoms when the pump fails:

A failed low-pressure fuel pump could also trigger most of the aforementioned symptoms. So, you may want to check the condition of the low-pressure pump before assuming that the high-pressure pump is the source of the problem.

Considering that one of the key marketing strategies used to promote this engine was its fuel economy, one would expect that it lives up to its billing. However, some drivers have complained about terrible gas mileage despite the engine’s Active Fuel Management system and the start/stop technology. The source of the appalling EPA number is not far-fetched from the turbocharger.

The engine turbocharger spools up and gulps gas whenever you floor the accelerator. Continually flooring the gas pedal will only get you awful gas mileage. Understandably, there is always that urge to test your turbocharger’s limits. However, before submitting to such a desire, always remember that you are pouring gasoline out the window. Thus, you should caution yourself and regulate your driving habit if you intend to average the EPA-estimated MPG.

GM got backlash from customers when it announced its plan to replace the 4.3L LV3 engine with the 2.7L turbocharged engine. While drivers were initially reluctant to opt for the 2.7L engine, most drivers had little or no complaint.

Apart from potential AFM system failure, whose chances are still very slim, other problems highlighted are all issues a driver could encounter with a direct injection engine and a turbocharger. Ultimately, your engine’s reliability depends on how well you maintain it. While the 2.7L engine is smaller than the 5.3L and 6.2L V8 engines, it is packed with technology designed to deliver decent fuel efficiency and outstanding performance. Overall, it is a splendid commuter truck with adequate towing capacity, perfect for occasional hauling.