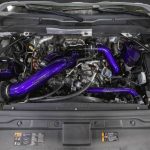 The 6.6L Duramax LML hit the market in 2011 and stuck around through 2016 after which it was replaced by the L5P. The LML produced a solid 397hp and 765lb-ft. of torque. While the LML's torque output fell slightly short of the 6.7 Powerstroke and 6.7 Cummins, the engine produced just about as much power as any average diesel driver would need. Fortunately, for those … END_OF_DOCUMENT_TOKEN_TO_BE_REPLACED 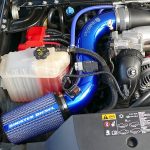 The 6.6L Duramax LML was released in 2011 and produced through 2016. Producing 397hp and 765lb-ft. of torque, the LML delivered solid power and was a strong competitor to Ford and Cummins 6.7L diesel engines of the time. While the LML's power is just about as much as anyone would need, there are still some significant performance and efficiency benefits that come from an … END_OF_DOCUMENT_TOKEN_TO_BE_REPLACED 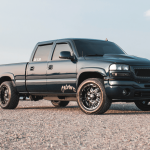 The Duramax LB7 was the first engine released under the new 6.6L Duramax platform. The LB7 was considered a strong and stout engine for the time, producing 235hp and 500lb-ft. of torque which was upgraded to 300hp and 520lb-ft. of torque in 2004. However, the LB7 produces about half the power as the diesels of today do, such as the L5P. Fortunately, the LB7 is a … END_OF_DOCUMENT_TOKEN_TO_BE_REPLACED

Despite it's "Vortec" name, the Vortec 4200 is actually part of the Atlas engine family, rather than the LS-based small block family. The Atlas engine family is a group of inline 4, 5, and 6 cylinder engines produced from 2002 until 2012. The 4.2L engine was produced under the engine code LL8. The 4.2 Vortec is an inline, or straight, 6-cylinder engine produced from 2002 … END_OF_DOCUMENT_TOKEN_TO_BE_REPLACED 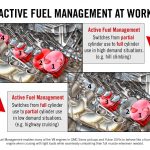 AFM or active fuel management is a GM/Chevy technology meant to improve gas mileage. AFM works by deactivating half of the engines cylinders under certain circumstances to reduce fuel usage. It essentially turns your V8 engine into a V4 which saves fuel. GM claims fuel improvements ranging from 5%-15% depending on the engine. So why would you want to delete AFM? … END_OF_DOCUMENT_TOKEN_TO_BE_REPLACED